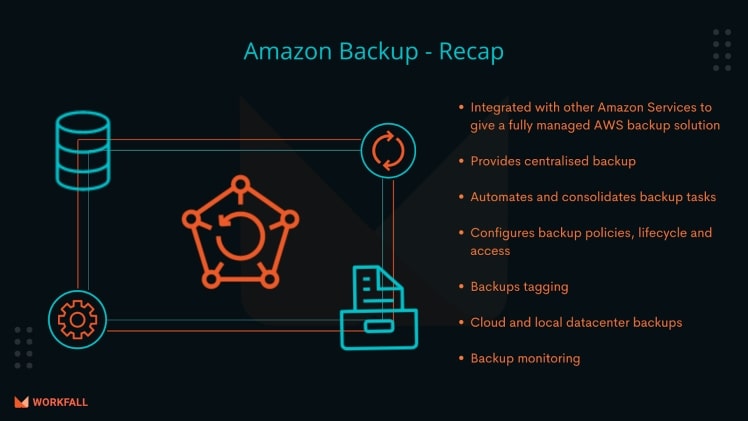 Amazon Relational Database Service (RDS) offers several instance kinds that are tailored to meet the needs of various relational database deployment scenarios. Automatic database backups are made and stored in Amazon S3 for a user-defined length of time by AWS backup RDS. Snapshots, which are copies of your instance made at the user’s initiative and stored until deleted, are another useful feature.

Setup, maintenance, and scaling of databases in the cloud are all made easier with Amazon Relational Database Service (Amazon RDS), a managed, highly available, and secure database service. You can test out Amazon RDS without spending a dime, and you’ll pay for just how much storage space you utilize. Reserved Instances and On-Demand Instances are the two ways to pay for Amazon RDS. Use the AWS Cost Calculator to get an idea of how much you’ll spend monthly.

Database snapshots allow you to quickly and easily launch a brand-new instance whenever you like. Database snapshots can be used like full backups in terms of functionality, but you will only be charged for the additional space they consume.

The Assurance of Regular, Automatic Backups

By default, Amazon RDS will create copies of your databases and transaction logs. Rather than merely backing up the databases themselves, Amazon RDS backs up the entire database instance in one fell swoop using a snapshot of the storage volume.

Restore to a Specific Time

It is possible to start a brand new database instance from a backup at any point in time within the backup retention period. You can use either the AWS Management Console or the AWS Command Line Interface to restore your database instance.

Snapshots of your database are backups of your instance that you create and store in Amazon S3 until you delete them. Database snapshots allow you to quickly and easily launch a brand-new instance whenever you like. Database snapshots can be used like full backups in terms of functionality, but you will only be charged for the additional space they consume.

Amazon RDS allows you to make copies of database snapshots and database cluster snapshots. Snapshots can be copied either automatically or manually. Any snapshot you make a duplicate of is now considered to be a manual snapshot. You can make a copy of a snapshot in the same AWS Region, in another AWS Region, or between AWS accounts.

When a manual database snapshot is shared on AWS without encryption, authorized accounts can use the snapshot to restore a database instance without first making a duplicate of the snapshot. For manual DB snapshots that are encrypted, this is not a supported feature.